skip to main | skip to sidebar

In each of my visits home to England, as I sit lazing on the sofa enjoying the company of my family and home surroundings, I always marvel at the joy of watching a television that I can understand without trying. More specifically, I marvel at the adverts; not only do I catch the jokes straight off and understand the jingles without cocking my ear, but they are generally of a much better standard than Spanish ads. They seem punchier, smarter, and don’t make the instant assumption that the viewers are either idiots or small children.

At least that was what I thought until I saw the ad for Nutella (1). It depicts several brightly coloured toasters that cheerily spit out freshly browned bread, flinging it into the waiting hands of a flock of mothers, ready to slather it with Nutella for their waiting children.
After blabbing about the daily choice of what to eat for breakfast, the voiceover lady tells us that “surprisingly, each 15g portion of Nutella contains two whole hazelnuts, some skimmed milk and cocoa”. What irks me about this ad is that not only is it trying to promote the health benefits of a product that is quite obviously not all that good for us, but also that those benefits it is emphasising are somewhat pathetic and misleading. Two hazelnuts? A little lame, no? And skimmed milk? A little misleading; reduced fat dairy products are denatured and left without the butterfat that helps us digest its calcium and protein. Hardly what I’d call healthy.

In her neat and snappy description of the ingredients in the product, Nutella’s lady-voice also forget to tell us that the two main components are actually not nuts, nor milk, nor cocoa, but sugar and vegetable oil. Now, I don’t think there’s anyone that can make a convincing plea for the health benefits of sugar. And vegetable oil is implicated in a whole host of illnesses, from heart disease to osteoporosis to cancer, full as it is of polyunsaturated fats that our bodies don’t know what to do with.

It seems that this ad, or at least one very similar was actually banned in the UK in early 2008, judged by the Advertising Standards Agency to be misleading on several counts (2). Somehow, however, it is back, trying to convince us of its family wholesomeness and the health benefits of its mélange of oily sickliness.

And, to top it all off, the music on the ad is really annoying too.

This post is part of Fight Back Fridays, hosted at www.foodrenegade.com
Posted by Sonja at 19:57 5 comentarios: 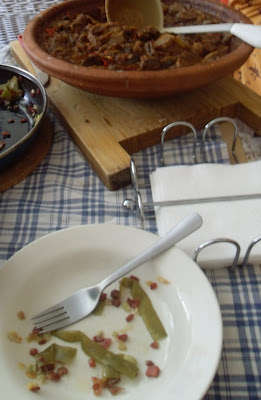 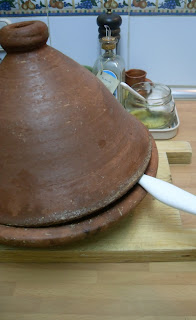 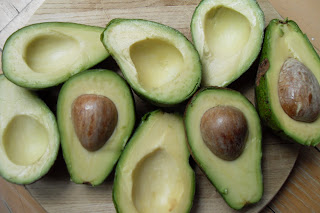 Food and eating have always been important to me. Living in London meant less studying and more procrastinating by hunting down different fishmongers and butchers, or a new spice that I hadn’t cooked with before. The sources of inspiration were endless, the piles of excitement high, although the budget remained depressingly small. Attempts at saving money often culminated in a guilt-ridden trip to supermarket-land, although I always did my hardest to steer clear of devilish Tesco, where your soul seeps away as you shiver from the cold that beams out from the open fridges, and where each aisle holds at least as much plastic as food.

Moving to Spain was an exciting experience even on just this count alone. To explore new places to shop, to wander aimlessly around busy markets, or to enter and understand a new food culture are things that I will never tire of doing.

Me and my blog; the Guilty Pastry Chef 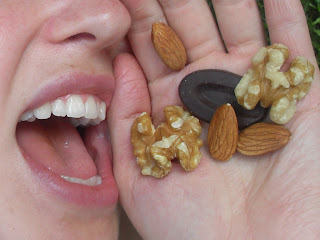 Welcome to my blog; what will be my manifesto about my kind of food; what I like to eat and why.

The balancing act between my day-job as a pastry chef in Madrid, and my passion for good, honest, real and healthy food, has culminated in me beginning this blog. In it, I’ll be exploring and learning; forging a path between the wonderful US backlash-against-industrial-food blogging community, the tiendas biológicas that I frequent so much in my adopted city; the farms and co-operatives that fight in the name of unadulterated food; and the fragrant markets in central Madrid where I unashamedly drool over raw cheeses and juicy oranges.
My blog will not be only recipes; nor food politics; nor food porn, but some kind of greedy gorging on all of the above; an expression of and an outlet for the realms of hours I spend each day thinking about, making, or eating food. 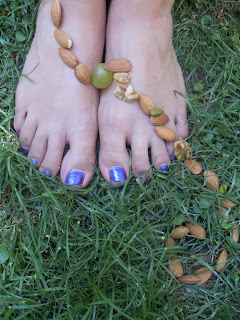